Democratic candidates generally don?t have much to fear from interviews on National Public Radio, but Morning Edition anchor Steve Inskeep raised our eyebrows by pushing Beto O?Rourke a bit on Friday on what people will be forced to give up under liberal climate-change policies. The liberal media often focus on the Impending Crisis, and then go light on how liberals would crack down on ?bad? behaviors.

Beto O?Rourke Calls For A ?Moonshot? To Combat Climate Change

STEVE INSKEEP: You?ve compared the challenges of now to the Greatest Generation challenges of the Depression and World War II, which was a time of sacrifice.

Don`t worry there is no significant man- made global warming. The global warming scare is not driven by science but driven by politics. Al Gore and the UN are dead wrong on climate fears. The IPCC process is a perversion of science. View all posts by uwe.roland.gross 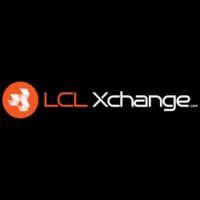 Post, news, diary... All the world around me, ALL THE WORDS AROUND YOU

The Daily Caller
STOP THESE THINGS

The truth about the great wind power fraud

At the LCLXchange, we offer container and freight quotes in quickly through our online portal.